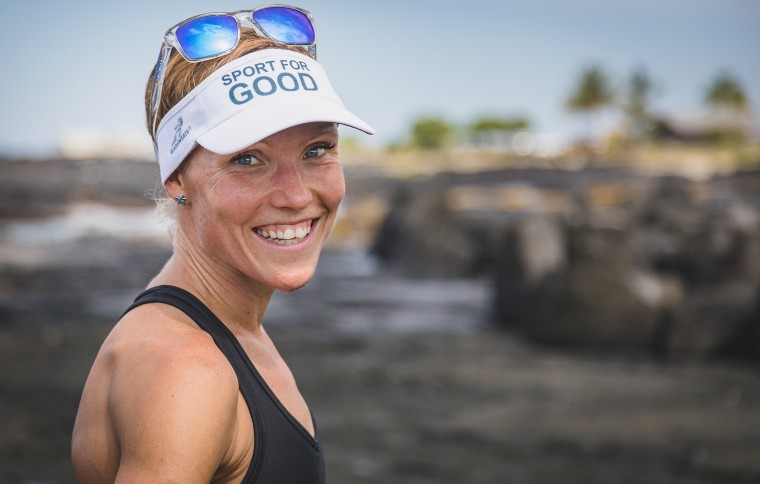 After her sensational fifth place finish at the Ironman World Championship in Hawaii, five weeks ago, TEAM SPORT FOR GOOD athlete Kaisa Sali will compete this Sunday at Ironman Arizona and try to secure qualification for next year's race in Hawaii.

After being runner-up at Ironman South Africa in spring and finishing fifth at Ironman Hawaii, Sali has collected enough points in the so-called Kona Pro-Ranking to be able to secure, with another successful race, the early ticket for the race on Big Island in 2018. Her third Ironman after a long and successful season will be a last and big physical challenge this year.

"It is only my sixth Ironman and every race has been a new experience for me. I am really looking forward to a race that allows me to compete without any pressure at all. I just need to finish to secure the Hawaii ticket for next year. The race course in Arizona is extremely fast and maybe I can even set a new personal best. Of course I am slowly getting tired after such a long season, yet I believe that on Sunday I will be able to perform really well", TEAM SPORT FOR GOOD athlete Kaisa Sali sums up her ambitions for the race in Tempe.

The race of the professionals starts Sunday morning at 6:40 hours (14:40 CET). Sali's biggest rivals will be the two US Americans Sarah Piampiano and Jodie Robertson and the two Danes Michelle Versterby and Helle Frederiksen.

In the men's race everyone is expecting a big battle between Ironman Hawaii runner-up Lionel Sanders and his compatriot Brent McMahon. Both have won this race in the past.