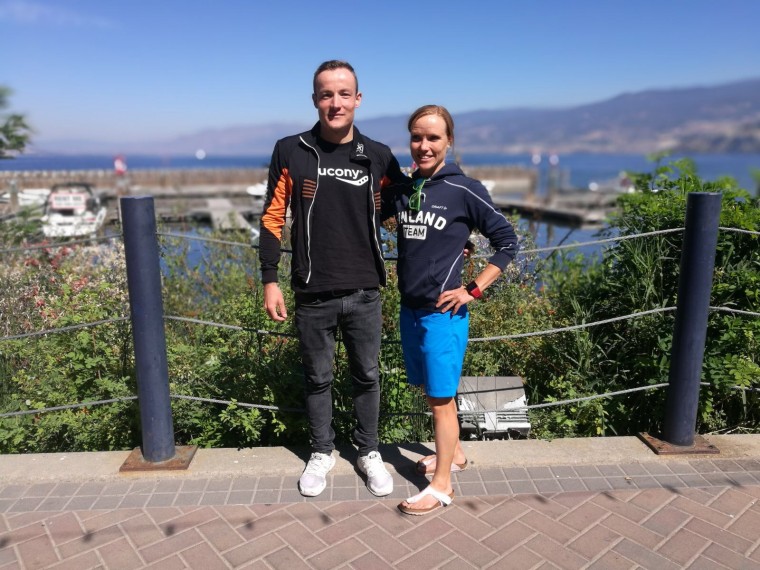 After a hard race in Penticton, Canada, at the ITU Long Distance World Championihps, TEAM SPORT FOR GOOD athlete Kaisa Sali finished in fourth place. Her team colleague Julian Beuchert was forced to withdraw from the race on the bike course due to stomach problems.

For the Finnish athlete Sali the race with a 3 km swim, 120 km on the bike and a 30 km run was the last big test of form before Ironman Hawaii in six weeks. "In the swim I lost contact to the top group, so I left the water with the second group some five minutes later. On the bike I was on my own all the time, trying to reduce the gap to the top. But when I started running the gap was more or less the same than after the swim", Sali sums up the first two disciplines.

In the run, the winner of Ironman South Africa was determined to gain ground and attack the podium, but unfortunately well-known problems forced her to reduce her pace from the beginning of the second lap as she did not want to take any risks. "In the last weeks I had experienced now and then problems with my lower back and the hip flexor. I actually thought that I had those problems under control but unfortunately the pain returned. With regard to the last training block for Kona, I reduced my pace and did not risk too much."

In the end she finished fourth, an achievement the TEAM SPORT FOR GOOD is quite satisfied with considering the circumstances. "Before the race I was determined to reach a better position, but today my body would not let me. Still, the race showed me that my current shape is quite well and now I know which screws I still have to adjust."

Junior World Champion Julian Beuchert had to withdraw from the race on the bike due to stomach problems. "I am very disappointed not to able to show what I am capable to do. My shape was very good, my preparation was perfect. I cannot explain why my stomach upset my plans. All I can do is wipe my mouth and focus on my first Ironman Barcelona."