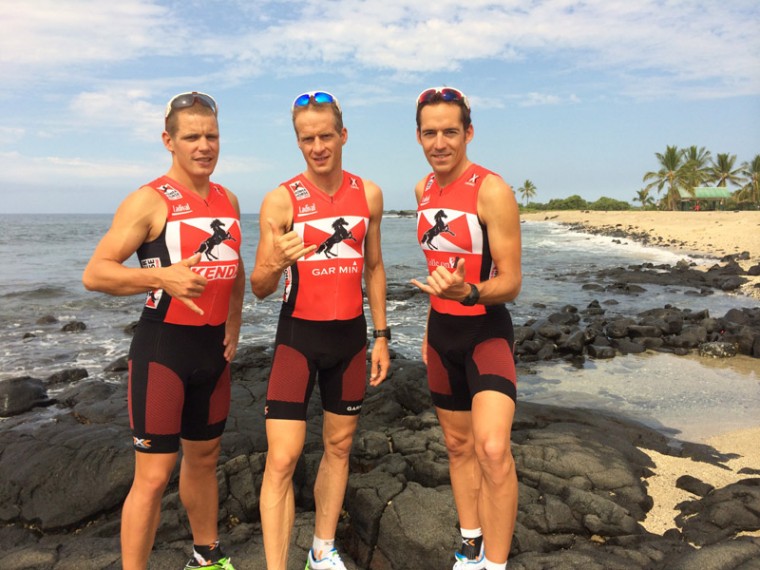 Bracht: Can he come to the top?
A whole year were the three athletes of the POWER HORSE Triathlon Team scored points for qualifying for the Ironman World Championship in Hawaii. With the victory at the Ironman Los Cabos Timo Bracht showed the ambitions of the team. The 38-year-old one of the most consistent athletes in Hawaii worldwide and is always a candidate for the top ranks. So in this year. Once again Bracht will be one of the main actors: "I have the chance to get on the podium this year. If I had one wish for free, I will be in the game at the turn-around in Hawi. If so, a good result will be in my legs."

Raphael will make it with heart and soul
Also Jan Raphael comes to Hawaii with a very good result in his back: he was second overall at the Ironman European Championship in Frankfurt. "I brought it all together in the last few weeks: hard training, fun and the right style of hang loose," Raphael says. IN Frankfurt he raced in an absolute world-class field of athletes and had only Eneko Llanos - one of the favorites for the world title – in front of him. "I just want to stay cool and relaxed before the race in Hawaii and try to forget, that this are the World Championships. I analyzed my last starts here and I am sure that I was always too cramped, that I wanted too much. Look, every Ironman is the same! The distances are everytime the same and it always hurts in the end. There is no reason why it should not work here for me." About his goal Raphael says: "When I can do all my best and show how good the training worked, then the placement will be good at the end for sure. I don’t have to show, that I can keep it up to the best athletes in the world, anymore. So let’s go!"

Rookie Reichel
His great aim was to qualify for Hawaii: "Twelve months have passed and the quality marathon is over, the race on Saturday is my reward," Reichel says and is looking forward to his first start in Hawaii. With brilliant performances at Ironman Western Australia, Ironman South Africa, as well as winning the Ironman 70.3 Italy Horst Reichel filled his big dream. Now he stands at the start line at the pier of Kailua-Kona on Saturday and competes against the best triathletes in the world. If all goes well and he can get 100 percent of its capacity, then he could make top-20-result, he knows: "A fast marathon is the key for me and a top 20 placement."